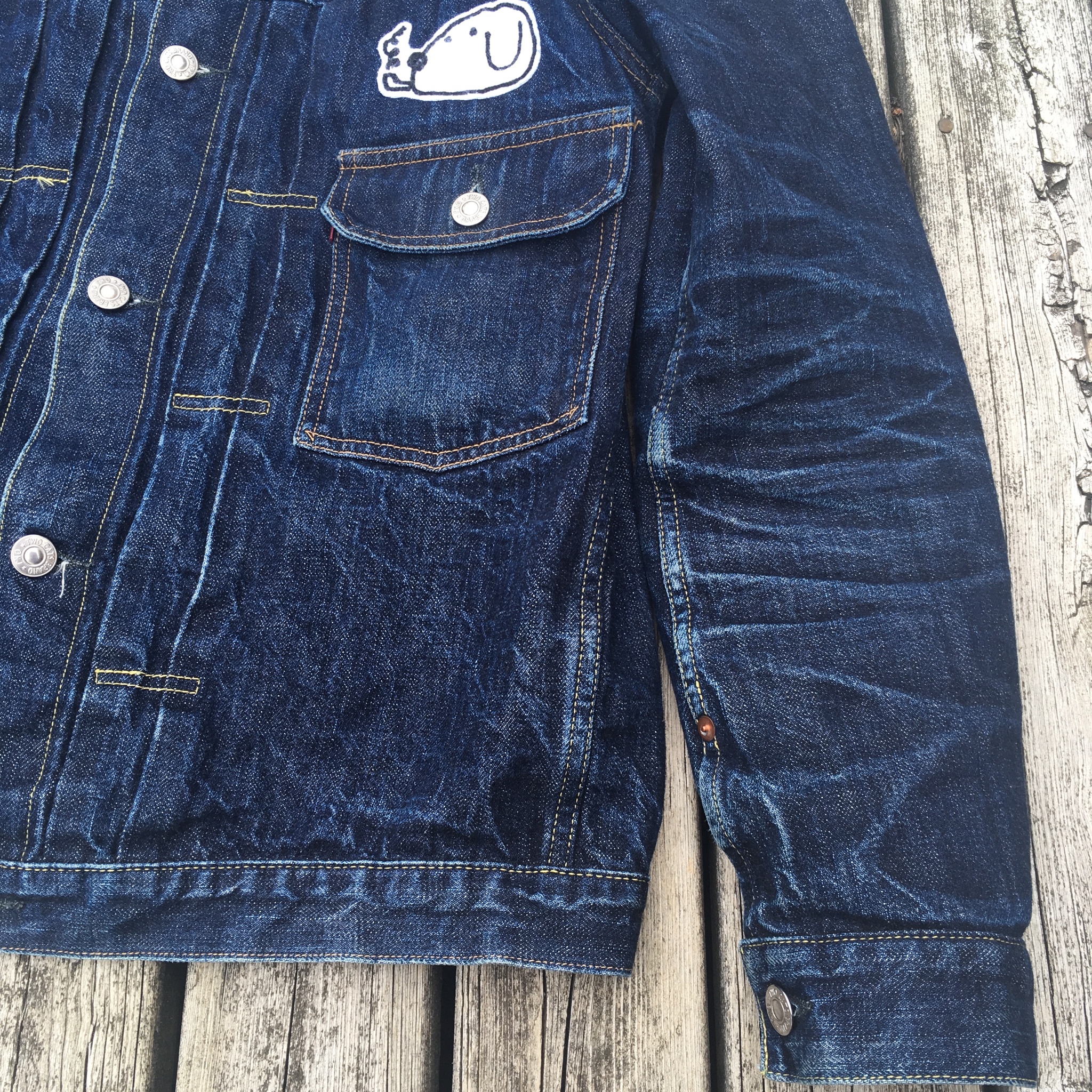 There’s nothing that beats Levi’s classic 506XX in my book and TCB Jeans interpretation don’t mess around. I’ve had my TCB 30’s jacket for a little over a year now since getting it from Göteborg Manufaktur. Now it’s really starting to take off.

For the 506XX repro Inoue-san used the same denim as for the TCB 20’s, the interpretation of 501’s from the 1920’s. A fabulous 12,5 oz fabric made of Memphis cotton. The lighter weight fabric makes it my top choice of summer jacket since my other denim jackets are slightly heavier.

Curious of how the fabric fades? Check out the latest update of my TCB 20’s. Since it’s using the same fabric you will get a hint. I got the jacket and jeans around the same time, but have washed the jeans countless times by now while the jacket has been washed four times during the past year of wear.

Like TCB Jeans’ other jackets the 30’s jacket has a longer body than the original and slimmed sleeves. Perhaps not to everyones liking but I think it makes the jacket a great addition to a collection of denim jackets, giving me a more modern fit to turn to when I want it.

The jacket has some nice little details. From size 40 and up they use the T-back construction. If I’m not mistaken this construction was traditionally used on larger sizes because it left less waste of fabric when it was cut. The TCB 30’s jacket also rocks nice iron buttons that will rust with age and add great patina to the garment. Of course you’ll also have a cinchback since it’s a repro of the 506XX.

Wondering who made the custom patches on my jacket? Check out s.y.norrman on Instagram, embroideries done by Olof that runs Göteborg Manufaktur.