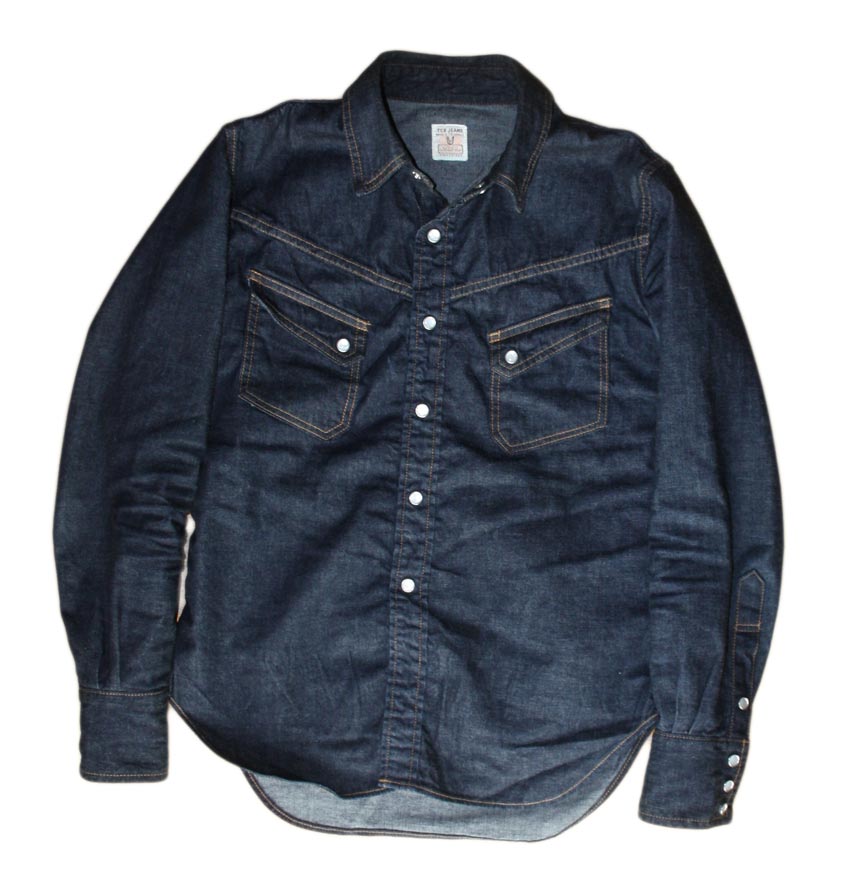 One of the best parts with getting familiar with small brands is that they’re way more likely to work out something different for you. The TCB ranchman shirt is one of those things. With the TCB-fanboy group getting bigger on Superfuture there was talk of what would be fun to see next. A repro denim shirt was the choice. It didn’t take too much convincing before TCB was on the train and Inoue-san was digging through his vintage collection and started trying out patterns. The shirt also ended up in a chambray version, I might need to scoop up one of those too someday!

The shirt is great, using a light sanforized denim. I expected the fabric to be a lot more rugged and stiff at first. I was even slightly disappointed at the first touch. But once I put it on I was thankful that it wasn’t – this was comfy right off the bat.

I really like the round Universal pearl snap-on buttons. But my favorite part is probably Inoues take on the classic Levi’s label which he has redrawn with the not so unexpected cat.

Not everything goes according to plan

Doing custom orders like this with a first product run has its downsides though. Sizing was bit of a bitch and a lot of the guys had to exchange sizes. The size chart we were provided with was odd. According to it I should go down to a 36 from my usual 40/42 in Japanese shirts and still have a roomy chest measurement. (It should be said that I wear a 38 in my TCB chore coat.) That was not the case when it arrived. I can still rock the TCB ranchman shirt and decided to keep it since I don’t own any other slim fitting rugged shirts. But looking back I should have gone with a 38, possibly even 40 for a more relaxed fit.

Any way, here’s the shirt after maybe 2-3 weeks of wear. No visible fades yet. 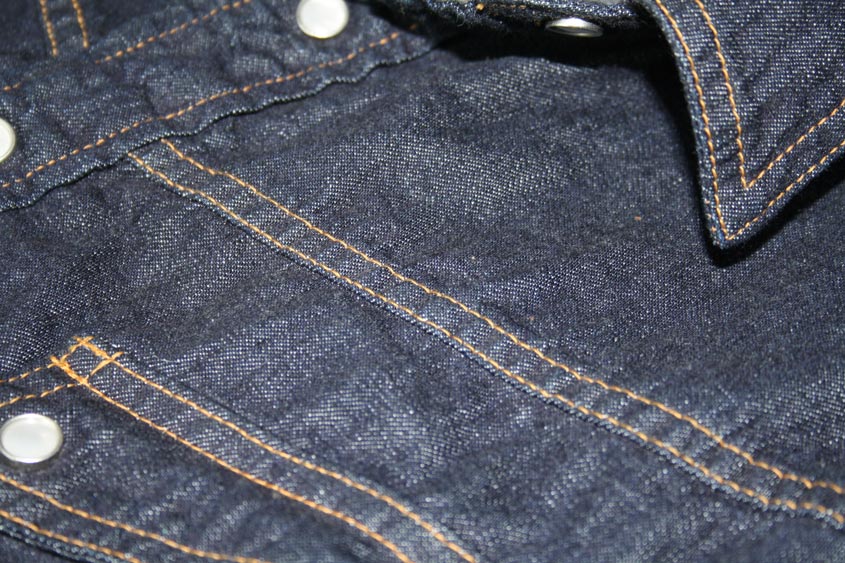 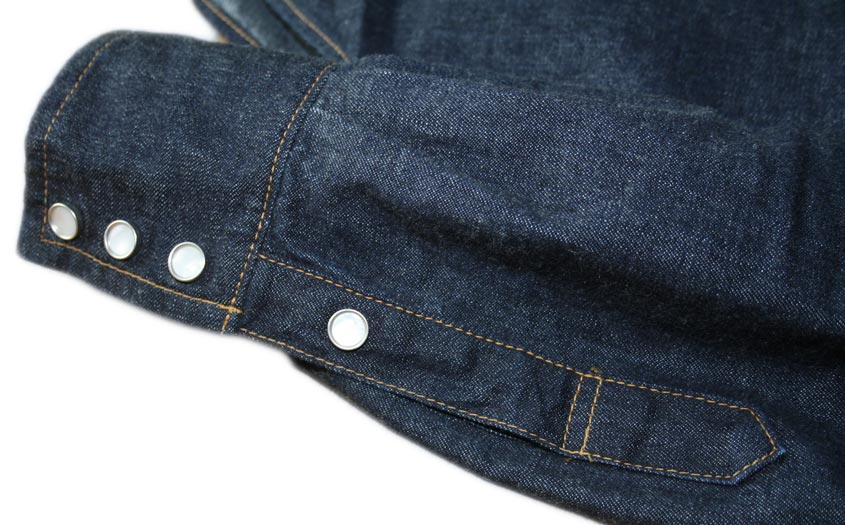 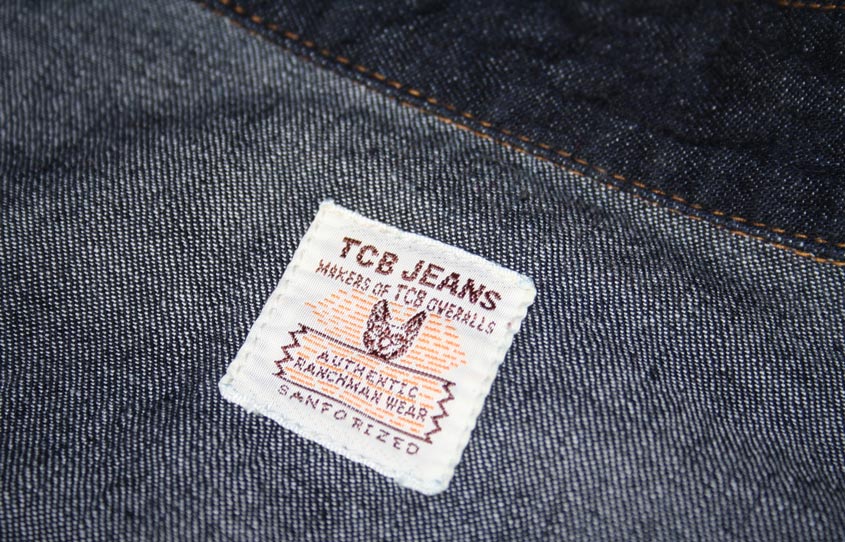 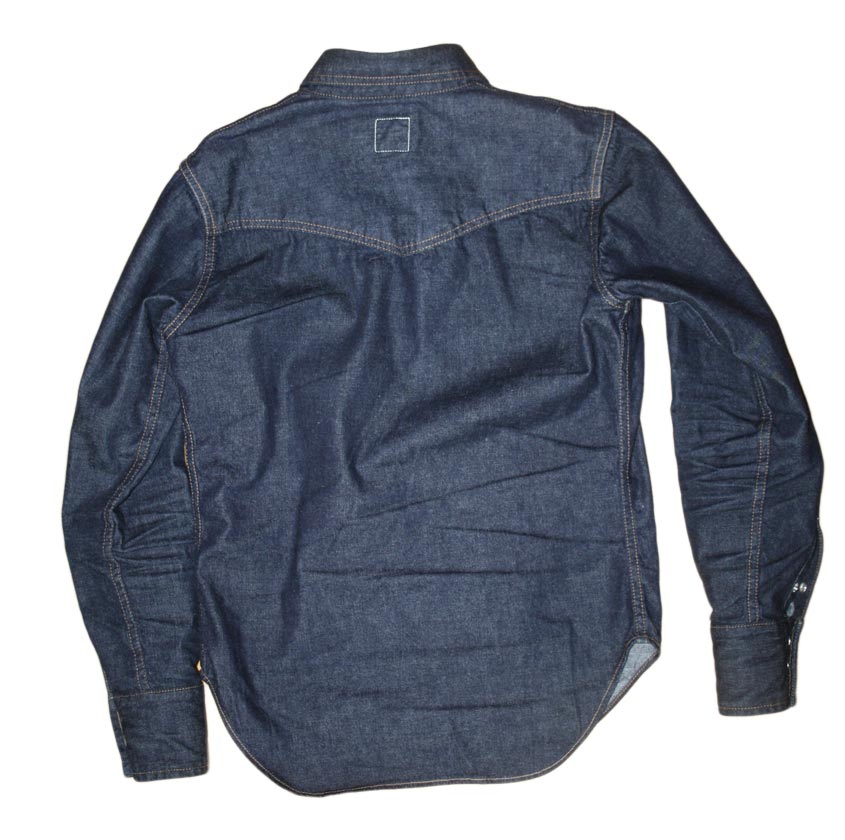